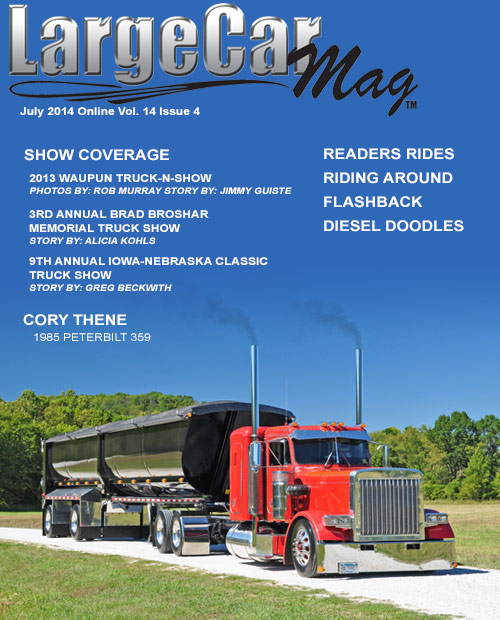 Current Issue Navigation<< July 2014 CoverCory Thene >> Welcome to the July 2014 edition of LargeCarMag Online! In this issue, we have a feature on Cory Thene’s sweet 1985 Peterbilt 359, plus we have show coverage from the 2013 Waupun Truck-N-Show by... 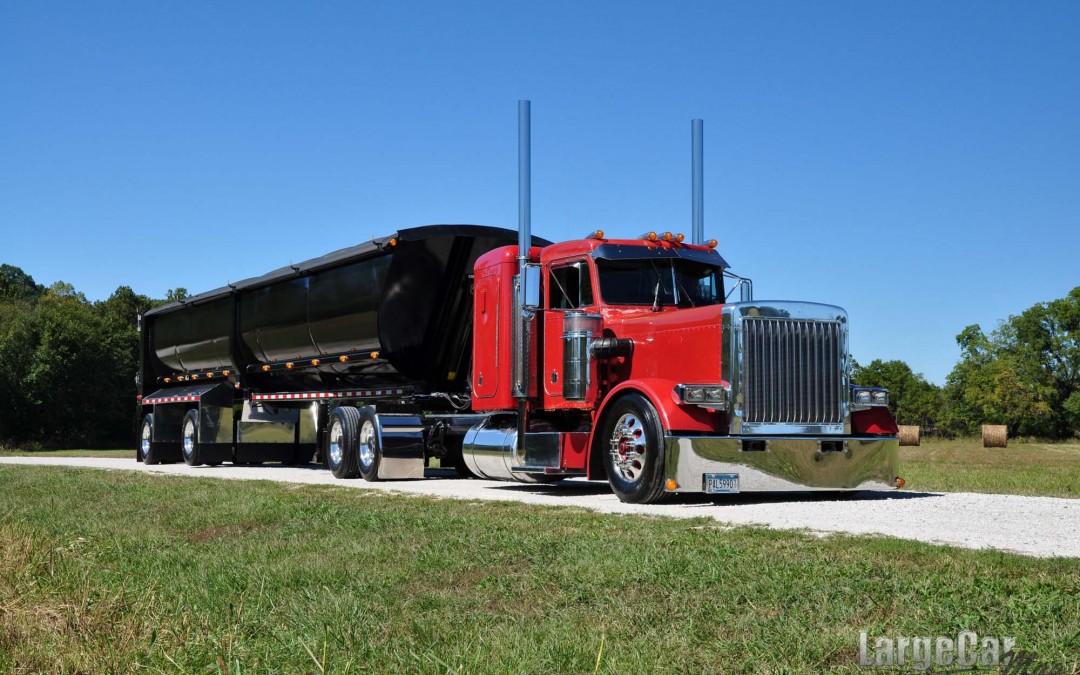 Some people say “Out with the old, in with the new.”, but Cory Thene of Sauk Rapids, MN has the best of both worlds. His 1985 Peterbilt 359 has classic styling mixed with a few hot rod features that are usually associated with more modern trucks. This truck didn’t start out this nice though… 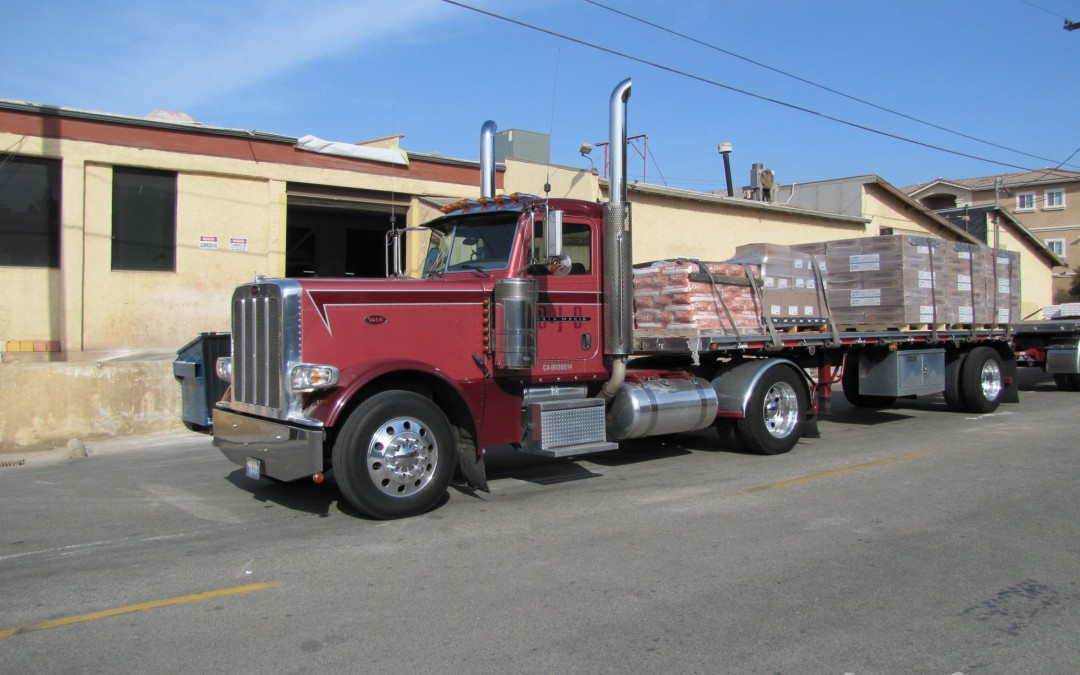 Rich Stark with yet another great catch. A two axle 389 looking large! 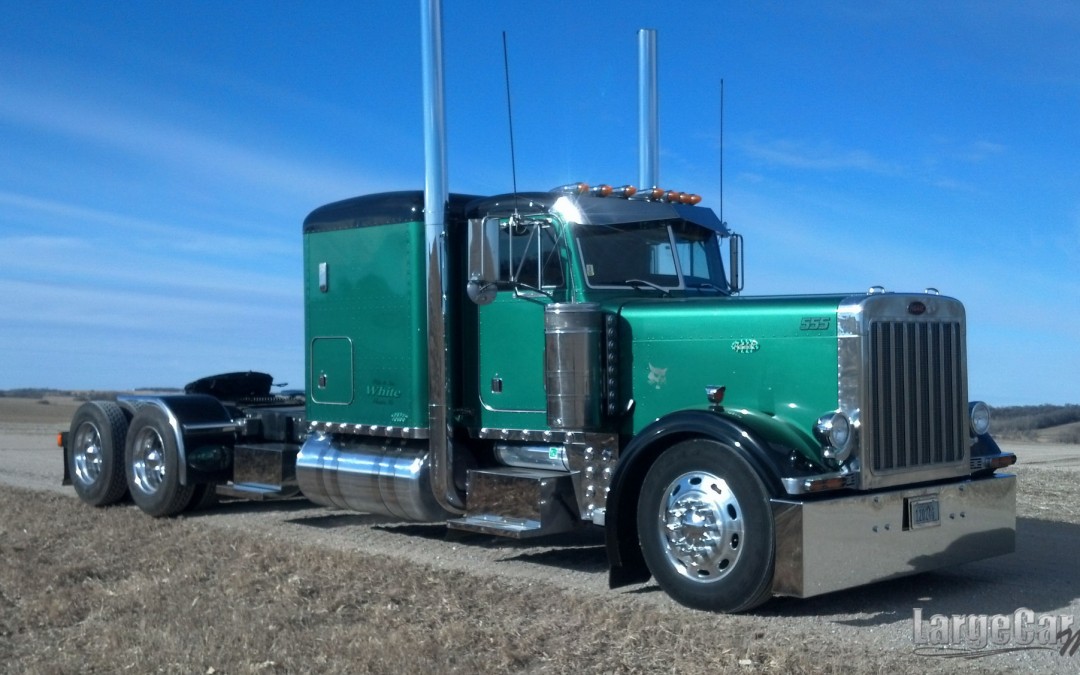 Darren Friedrichsen drives this large 2004 Peterbilt 379 for Mike White, White Trucking in Hadar, NE. Darren tells us he hauls anything that will fit on the deck from bees to steel running all 48 states. 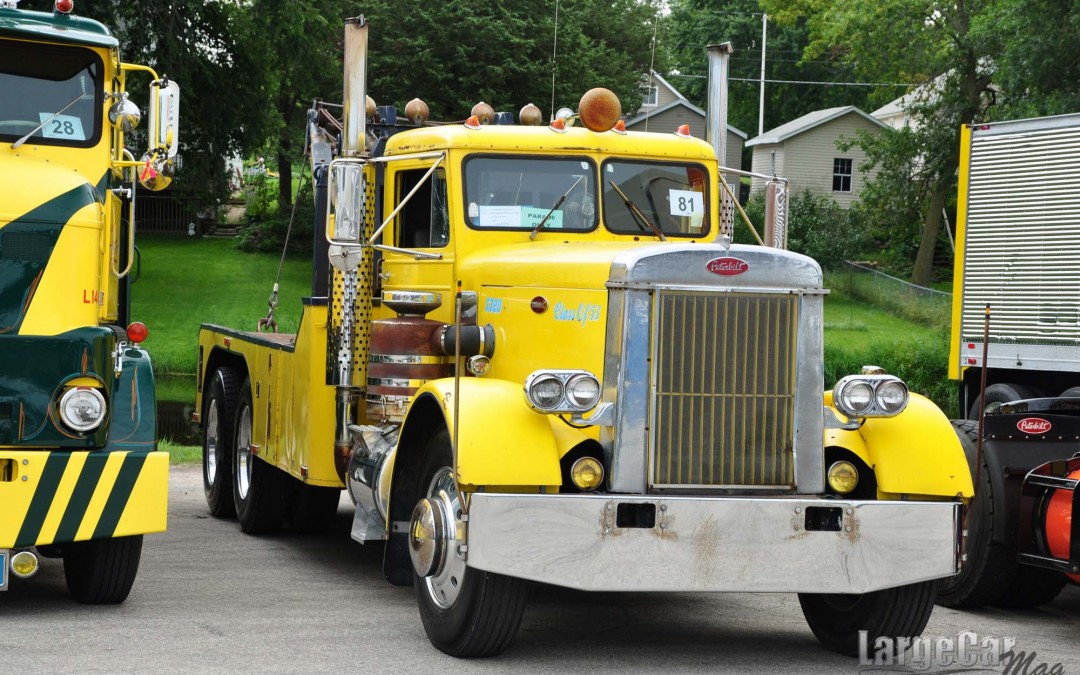 Over 40 top notch working class trucks braved the rain and cool temps to show support for the Brad Broshar family. This show was held in Britt, Iowa, during their Hobo Celebration. It was the 3rd annual event in memory of Brad Broshar, who bravely fought colon cancer until another Trucker was needed up in Heaven. His family has not let his legacy fade. 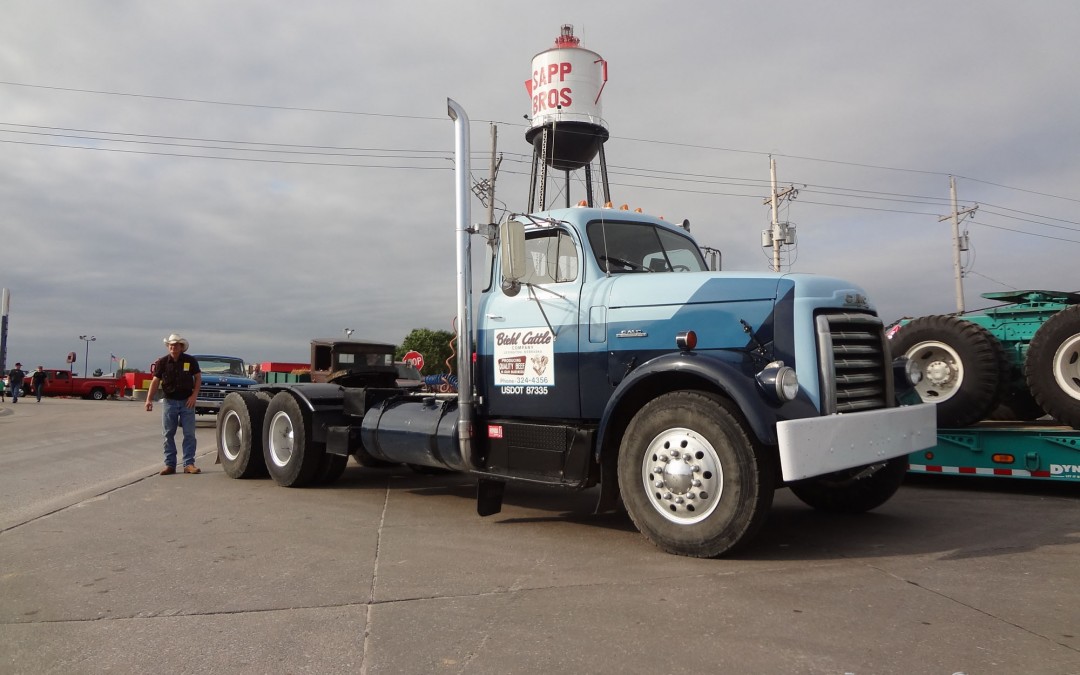 Previously this show was held at the Nebraska Crossing Outlet mall in Gretna in conjunction with the Nebraska Trucking Association and the local chapter of the American Historical Truck Society. However, last year, due to circumstances beyond their control, they lost their original venue and moved the show to the casino in Council Bluffs. 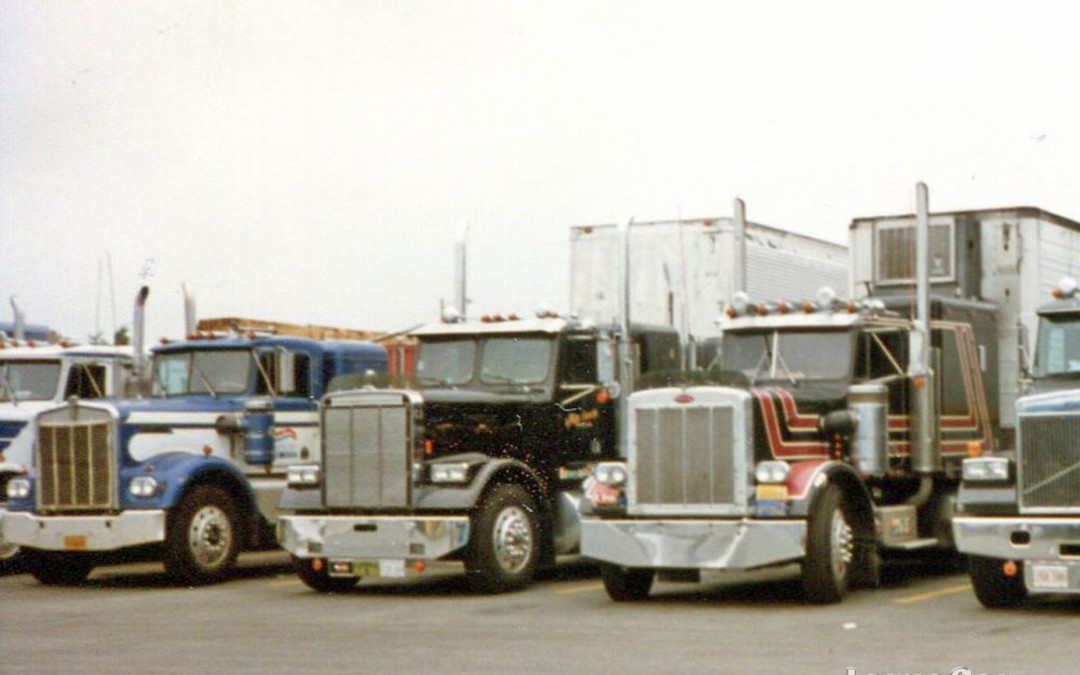 I caught this line up of large rides back in the mid 80’s in Ashland Virginia. 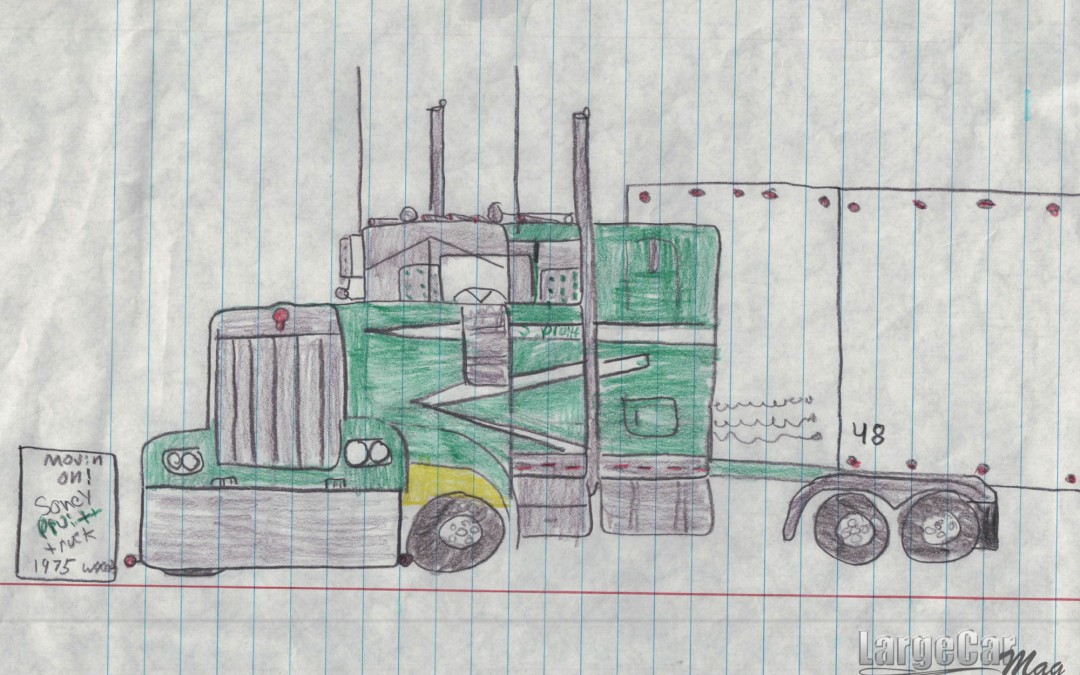 Wade Garrett of Liberty Kentucky is the artist behind this doodle.