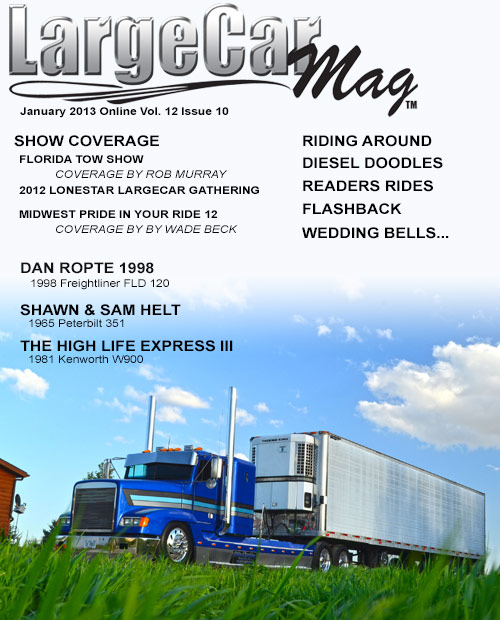 The January 2013 online issue of LargeCarMag.com is now available.

Current Issue Navigation<< Shawn and Sam HeltFlorida Tow Show >> The second annual Lonestar Largecar gathering was held April 28th at the San Antonio Raceway in San Antonio Texas. As you can see the turnout was great with lots of large iron showing up. I...

This is the only picture I ever got of one of the famous Casablanca Ceiling fan trailers and its hooked to a very cool Peterbilt 362. 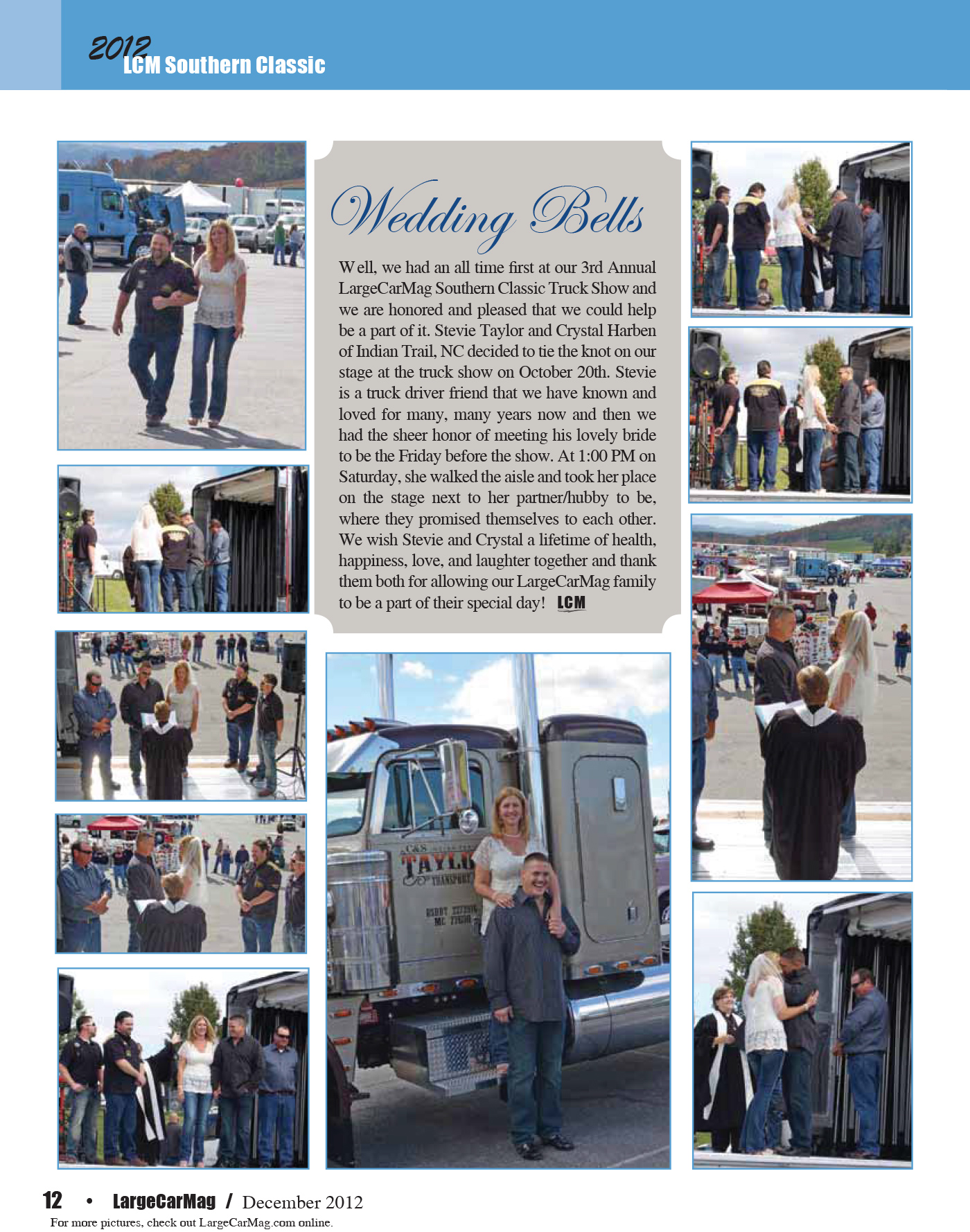 Midwest Pride in Your Ride 2012

The hope is that your second show is always better than your 1st and the 2nd Annual Pride in your Ride show was no exception. The show was held on May 4 & 5th, 2012. Doug and Barb Deshaw and Eldon and Barb Jaeger once again hit a home run with great weather and more trucks then last year.

Berubes held their 9th Annual Customer Appreciation BBQ on June 24th, 2012. Rick Sousa was in attendance and covered this event again for us.

Back on April 19-22 Rob Murray made his way to the Florida Tow Show held Orlando Florida. As you can see lots to see and do there including demonstrations, seminars, a show and shine and a lot more.

If you have ever traveled between Wisconsin and Nebraska since the mid 1970’s till today you have probably seen the K & Z Dist. Kenworths. The owner of these incredible trucks is Mike Knesovich of Lincoln, Nebraska, he’s also known as Little Mike. He’s been trucking for 46 years beginning with his dad, and has always owned beautiful rigs.

John Graham owns this 2002 Kenworth W900L. as you can see this is a LARGE Kenworth with its 144” Double Eagle sleeper.