The February 2013 online issue of LargeCarMag.com is now available. 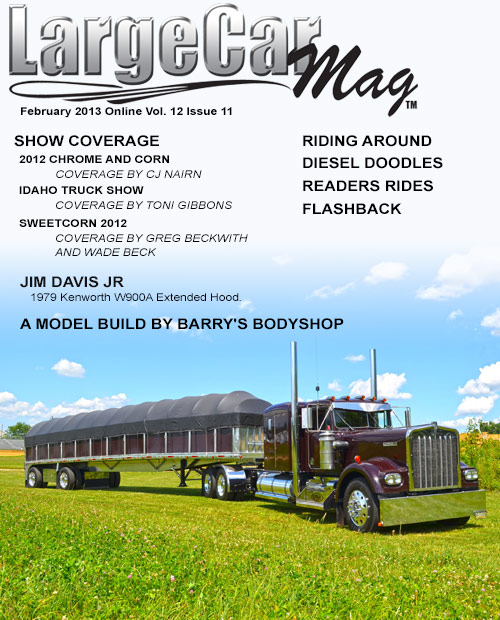 A Model Build by Barry’s Bodyshop

CJ Narin captured all the fun from the 2012 Chrome and Corn show presented by Devious Designs.

On July 14-15th Toni Gibbons went to the Idaho Center in Nampa Idaho for the Idaho Truck Show.

The Adel Sweetcorn Classic Truck Show was held again this year on August 11th. This is a local show put on entirely by Kevin Swanson and his family from Minburn, Iowa.

Way back in 1986 while attending my first truck show in York Pennsylvania I found this large 359 sitting in the parking lot.