Current Issue NavigationMay 2015 Cover >> Welcome to the May 2015 edition of LargeCarMag Online! In this issue, we have a feature on Eric Wright’s 2013 Peterbilt 389, plus we have show coverage from Paul Riggle and Son’s Show & Shine Truck Show and the ATHS... 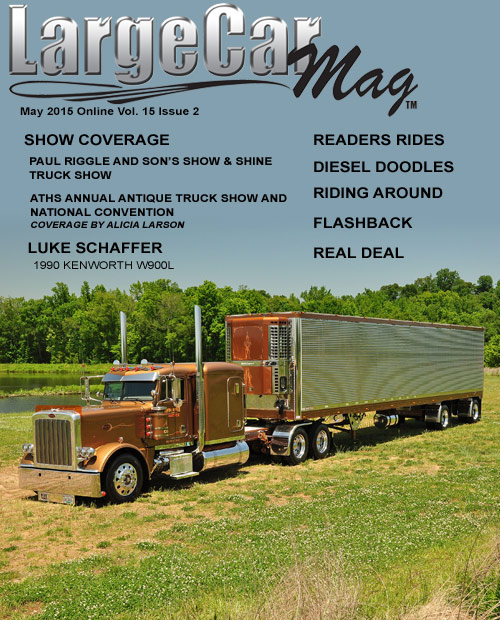 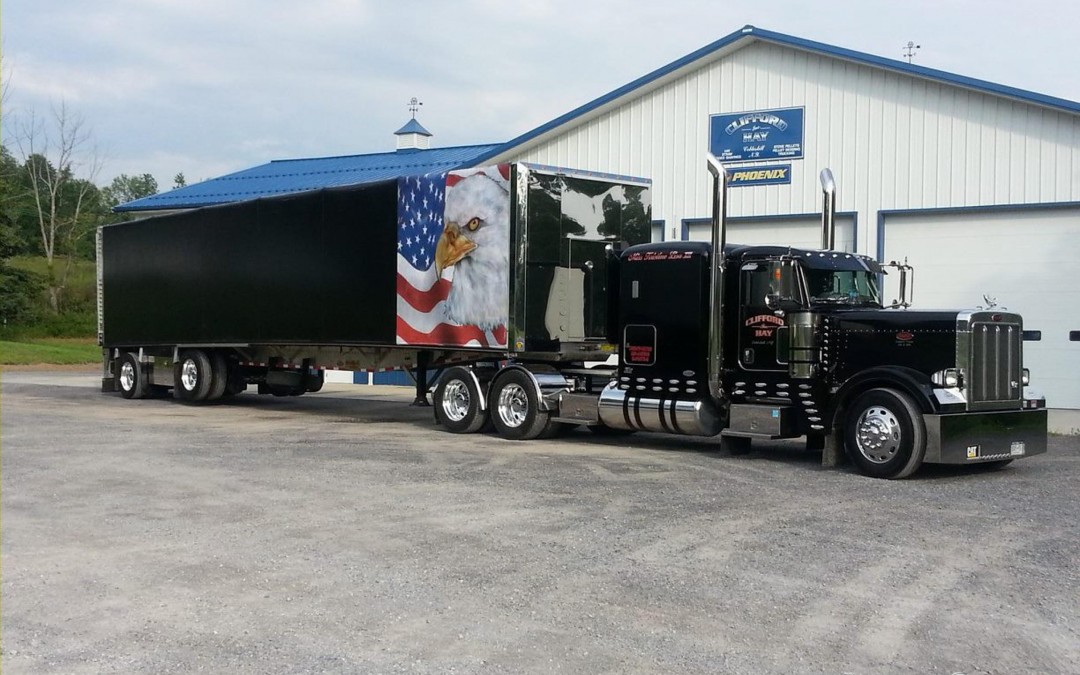 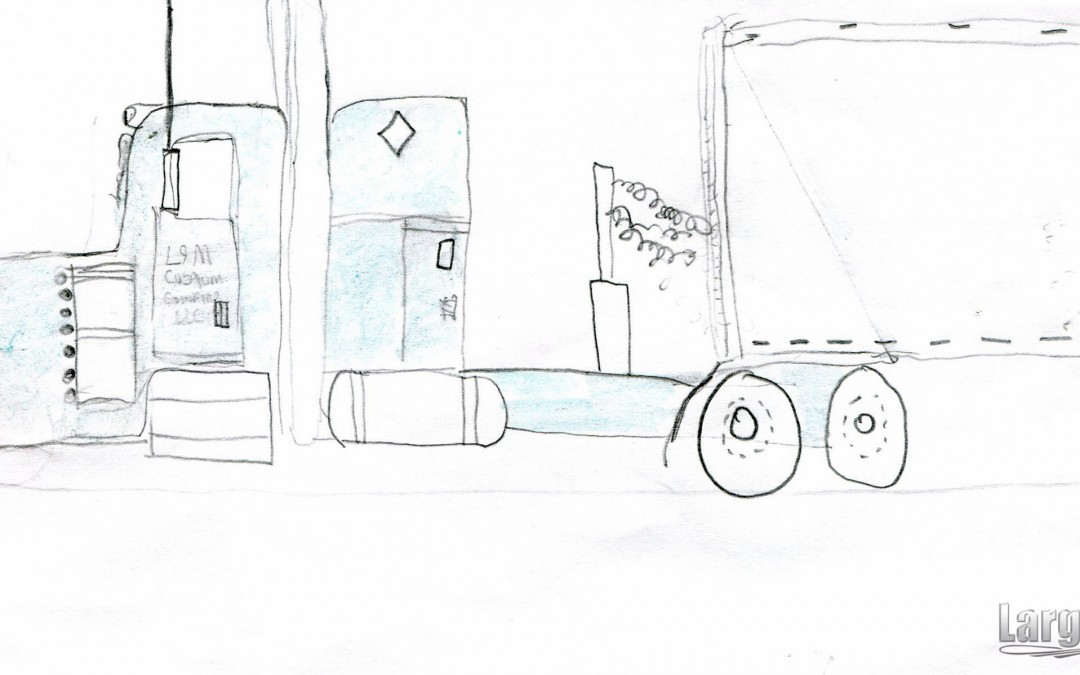 Linford Shirk of Thorp Wisconsin was 12 years old when this doodle was drawn. Great work Linford and thanks for sharing! 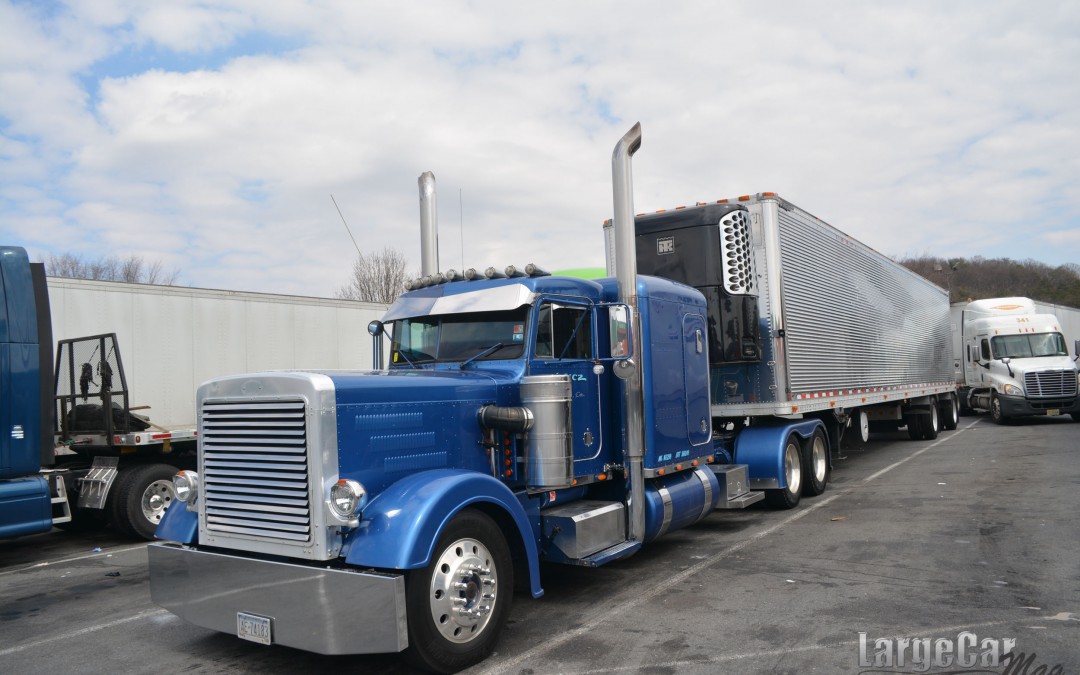 I caught this large 359 on my way to Louisville this year at White’s in Virginia. 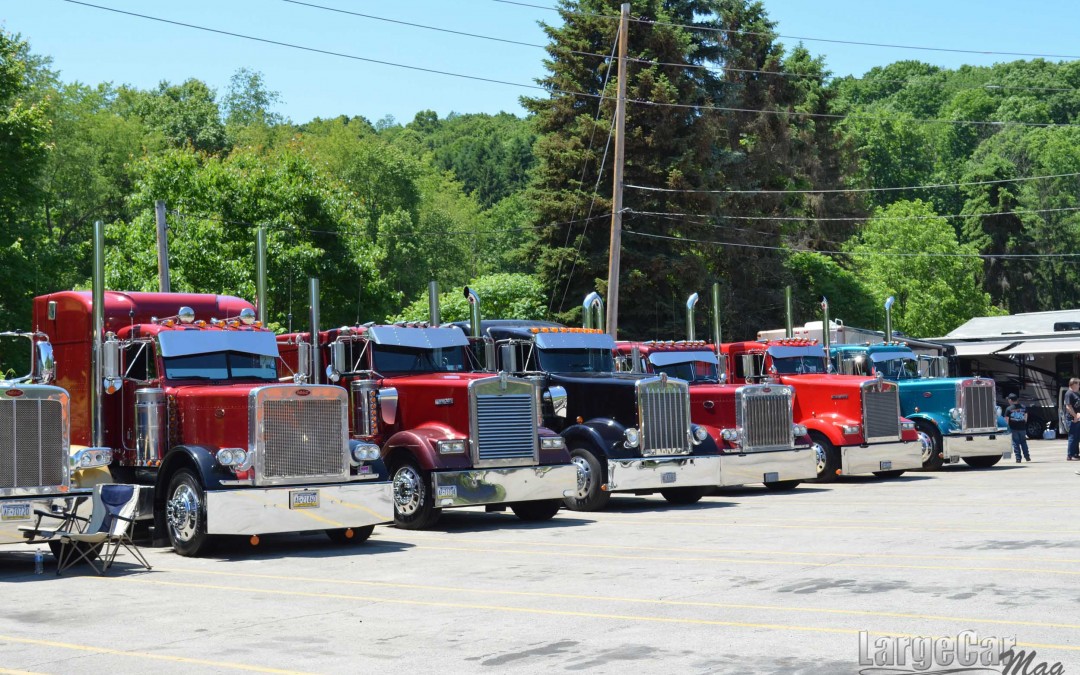 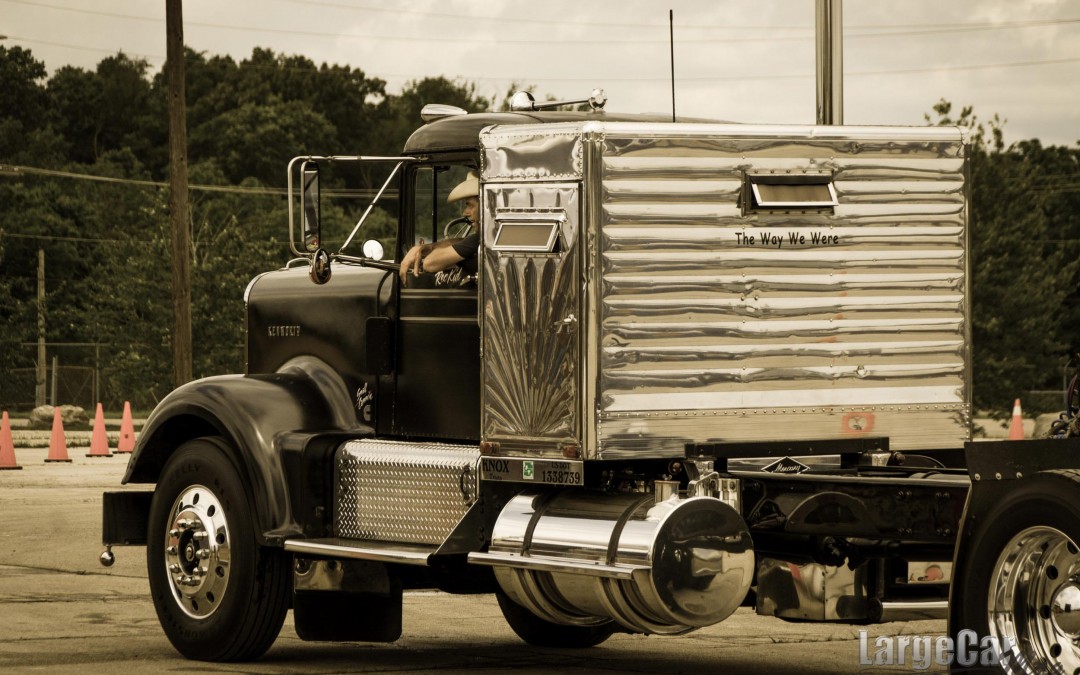 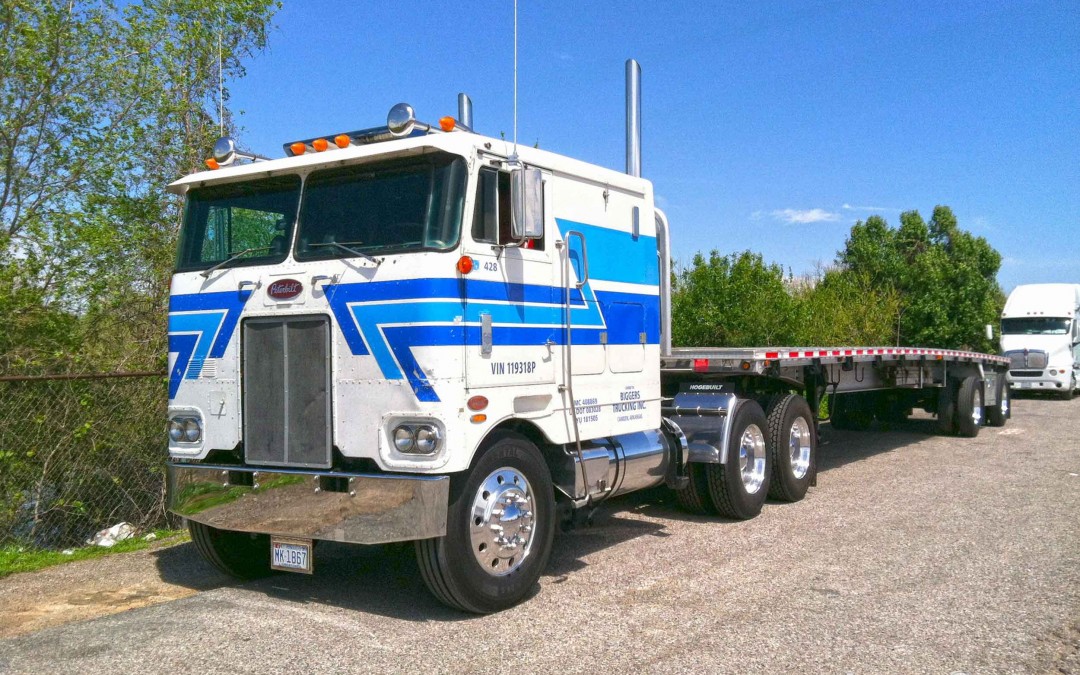 I know it’s been awhile since I’ve written a Real Deal and to those who actually like to listen to my stories…I apologize….but when you write stories about old trucks and real truck drivers, sometimes it gets hard and disheartening when you’re surrounded by new junk and steering wheel holders in sandals! 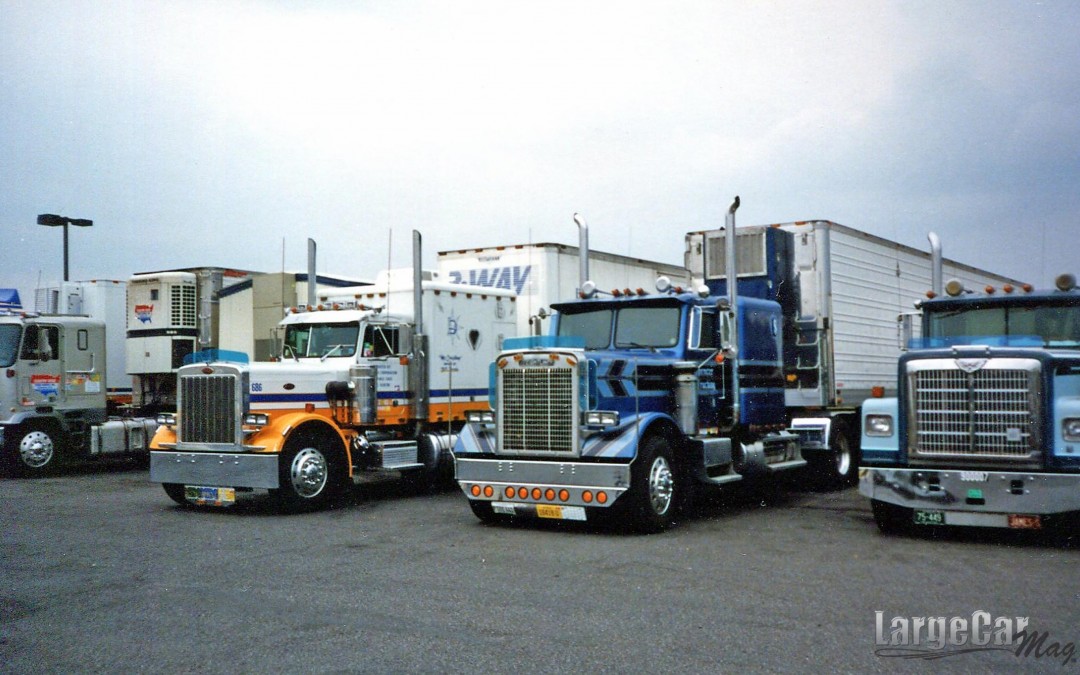 I caught these 2 large rides back in the early 90’s at the truckstop in Jessup Maryland.