Welcome to the January 2015 edition of LargeCarMag Online! 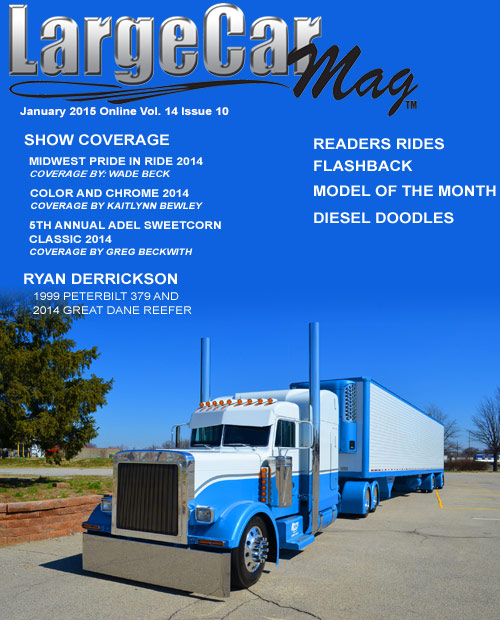 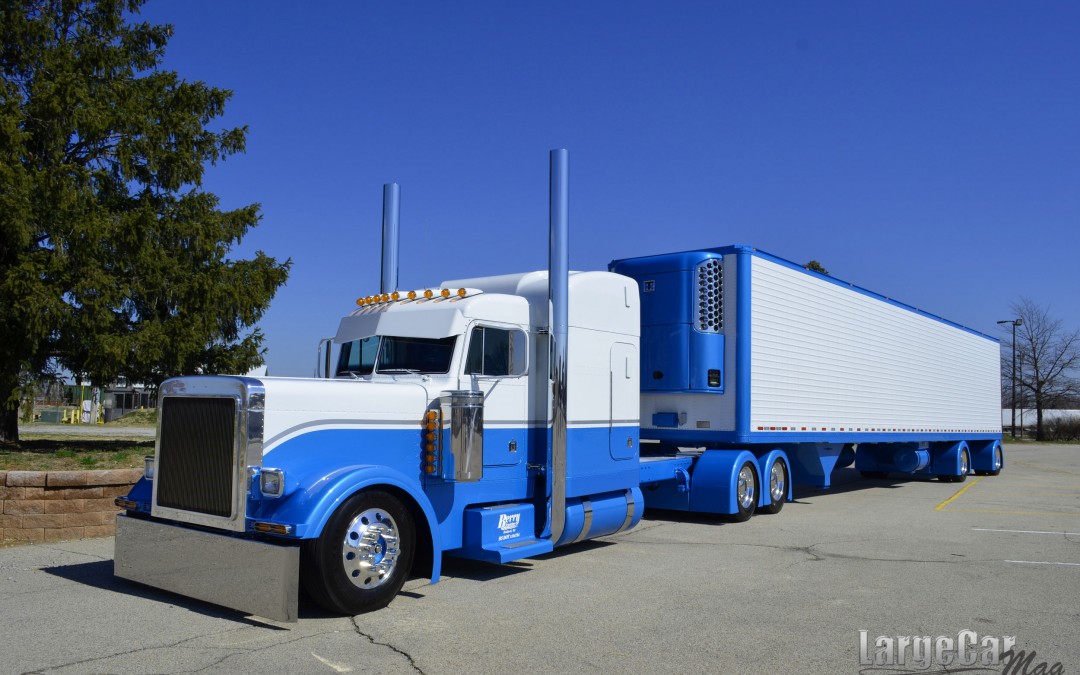 Current Issue Navigation<< January 2015 CoverJanuary 2015 Reader’s Rides >> While checking out all the trucks at this years Mid America Truck Show, there was lots of cool iron to look at. One truck in particular however kept drawing me to it, Ryan... 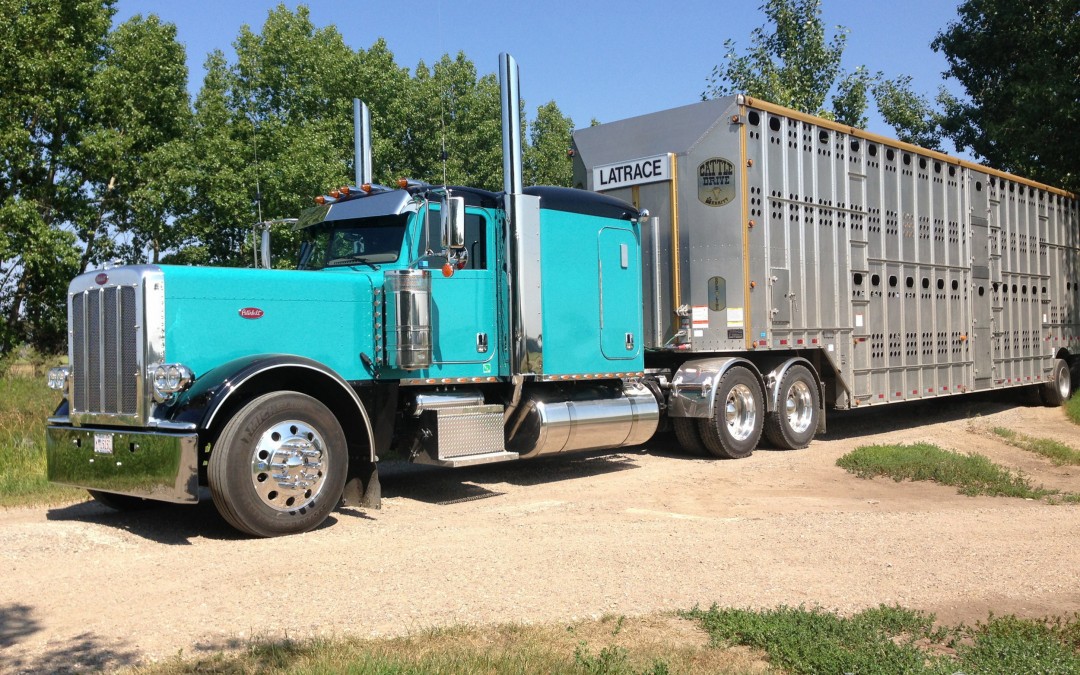 Dave Cota sent us pics of his 2015 Peterbilt 389. We aren’t sure of all the details of Dave’s 389, other than it’s a large ride. Dave did tell us he hauls cattle throughout western Canada.

Midwest Pride in Your Ride 2014

The 4th annual Midwest Pride in your ride show is a special show this year in that the big drawing for the Long Haul Survivor truck was this year. Eldon Jaeger and friends built this truck which had been making its way around the country all of 2013 selling chances to win this truck, with all the proceeds going to Cancer research. 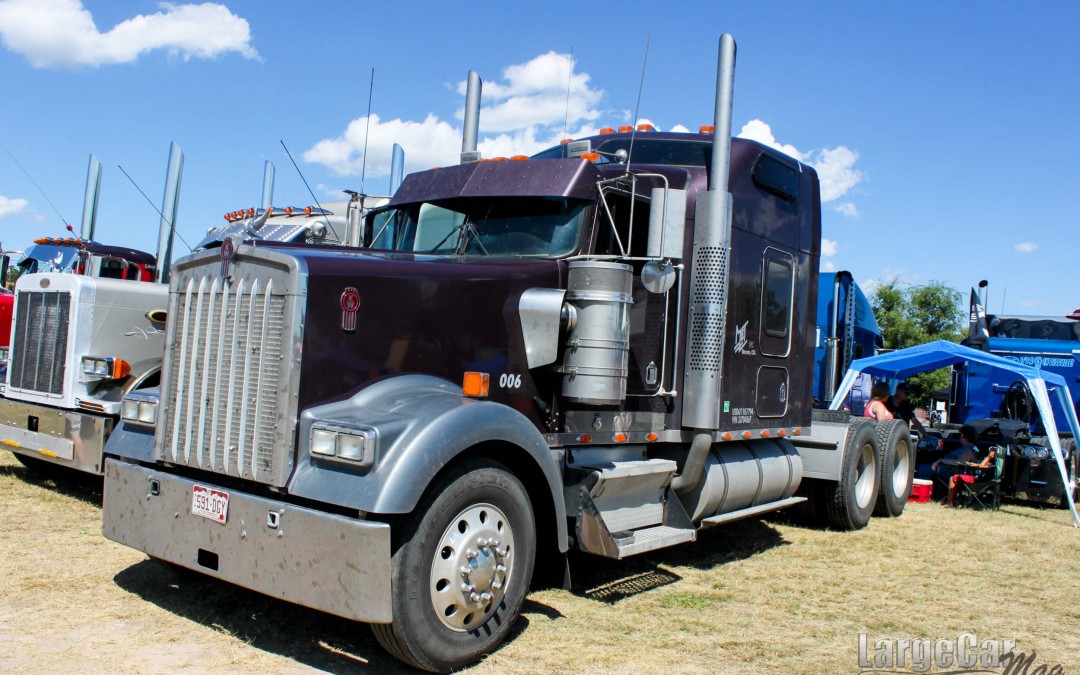 The 4th Annual Color & Chrome Fantasy Truck Show was held on August 8th, 2014 in Ogallala, NE. About 25 trucks were in attendance, so this was a small show, but all the trucks were looking great! 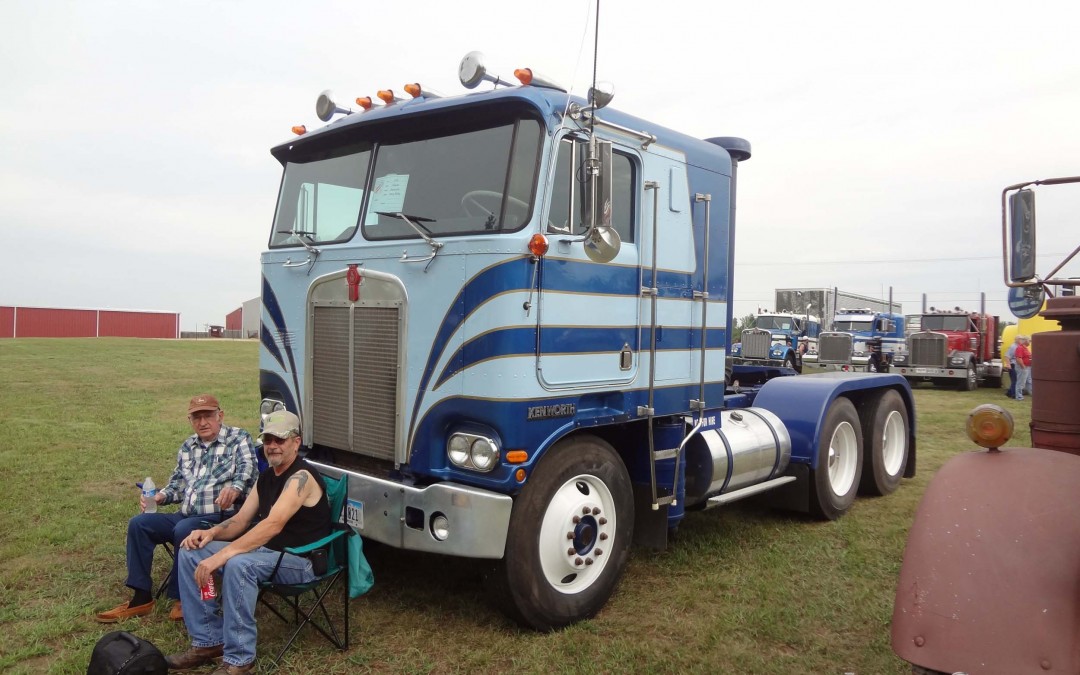 The show is put on by Kevin Swanson and family and they do an outstanding job of putting it all together and making everyone from participant’s to spectators feel welcome.

The 13th Annual Wheel Jam Truck Show took place June 6th through the 8th in Huron, South Dakota. Over 100 trucks, many cars and motorcycles glistened in the summer sun. The show features live music, stock car racing, a lights show, many vendors and even a dyno for cars and pickups! 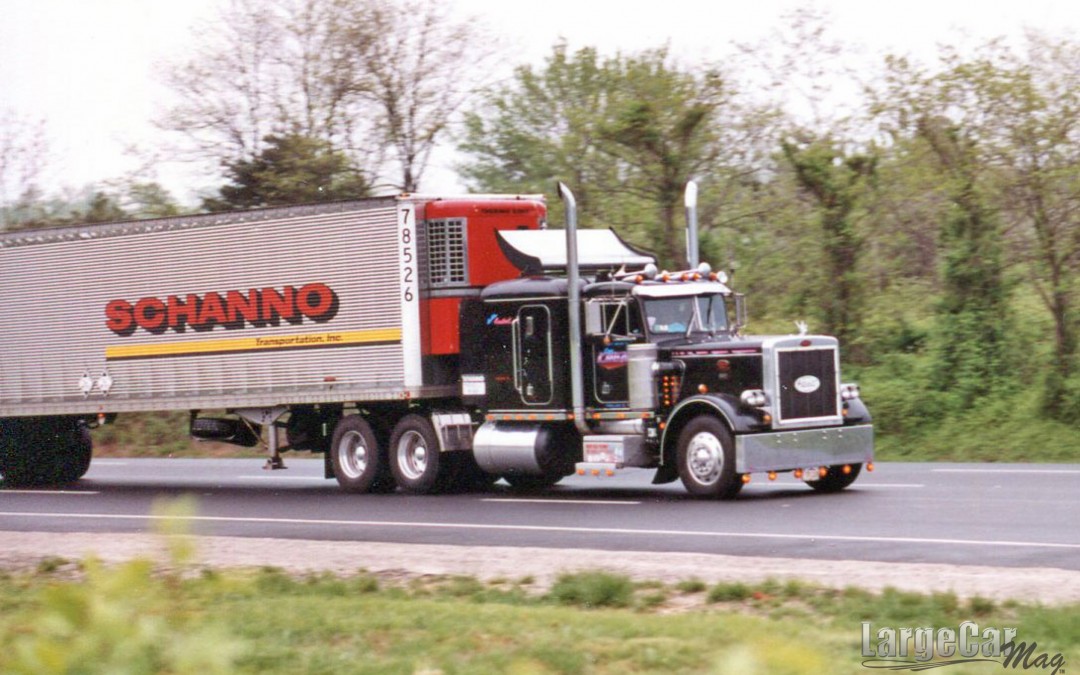 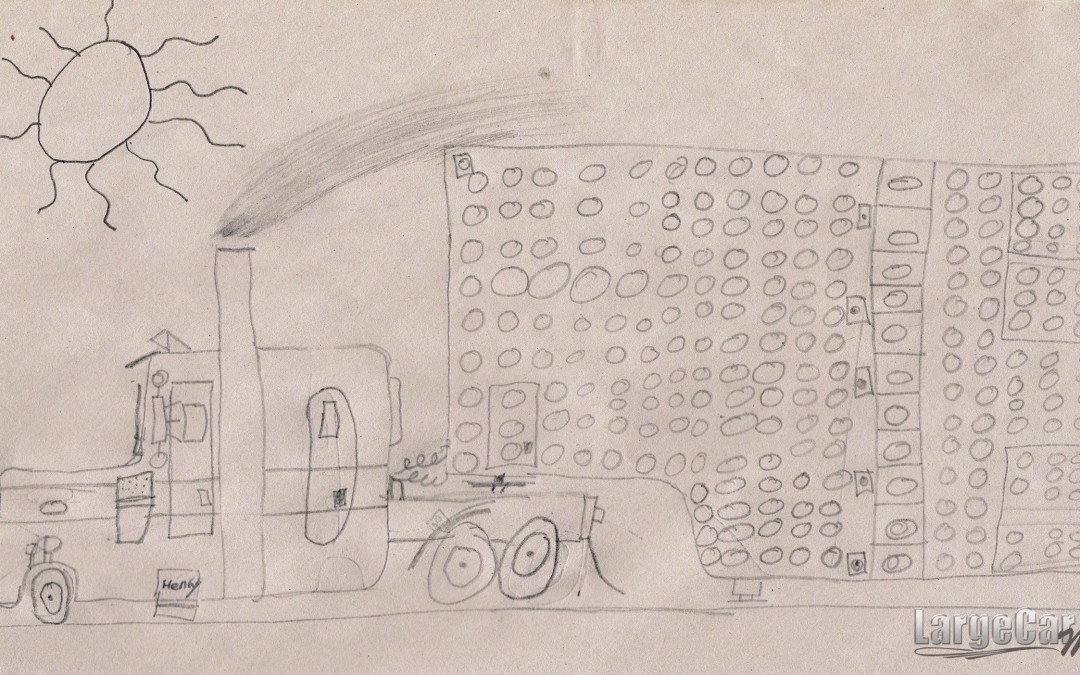 Lucas Henry was 10 when he drew this picture of his dad’s 359 loaded with cows rolling down the road. Lucas says that’s what Henry Trucking does best. Lucas has been drawing trucks since he has been old enough to pick up a pencil and loves to go truckin when he can too! Thanks for sharing Lucas! 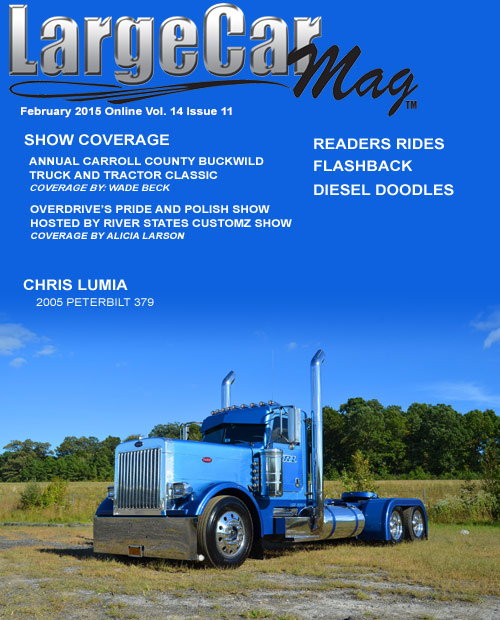 Current Issue Navigation<< February 2015 Online CoverChris Lumia >> Welcome to the February 2015 edition of LargeCarMag Online! In this issue, we have a feature on Chris Lumia’s 2005 Peterbilt 379, plus we have show coverage from the Annual Carroll County...
« Older Entries