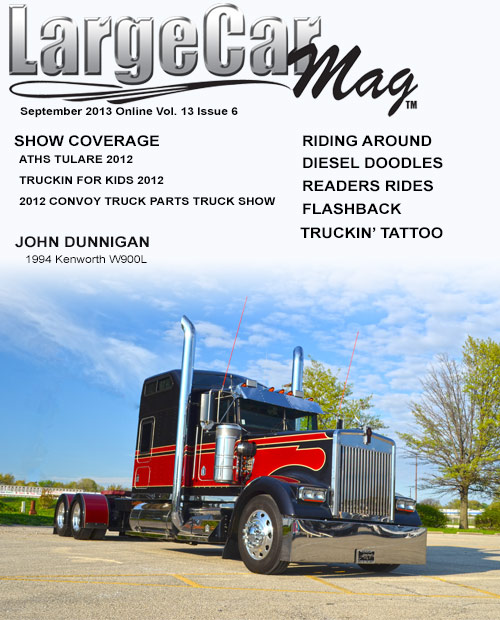 Welcome to the September issue of LargeCarMag online! This month, we have features on John Dunnigan Jr’s 1994 Kenworth W900L, show coverage from Truckin for Kids 2012, the 2012 ATHS show from Tulare, Calilfornia, the Convoy Truck Parts show from 2012, plus our usual Reader’s Rides, Riding Around, Diesel Doodles, Truckin’ Tattoos and Flashback features. 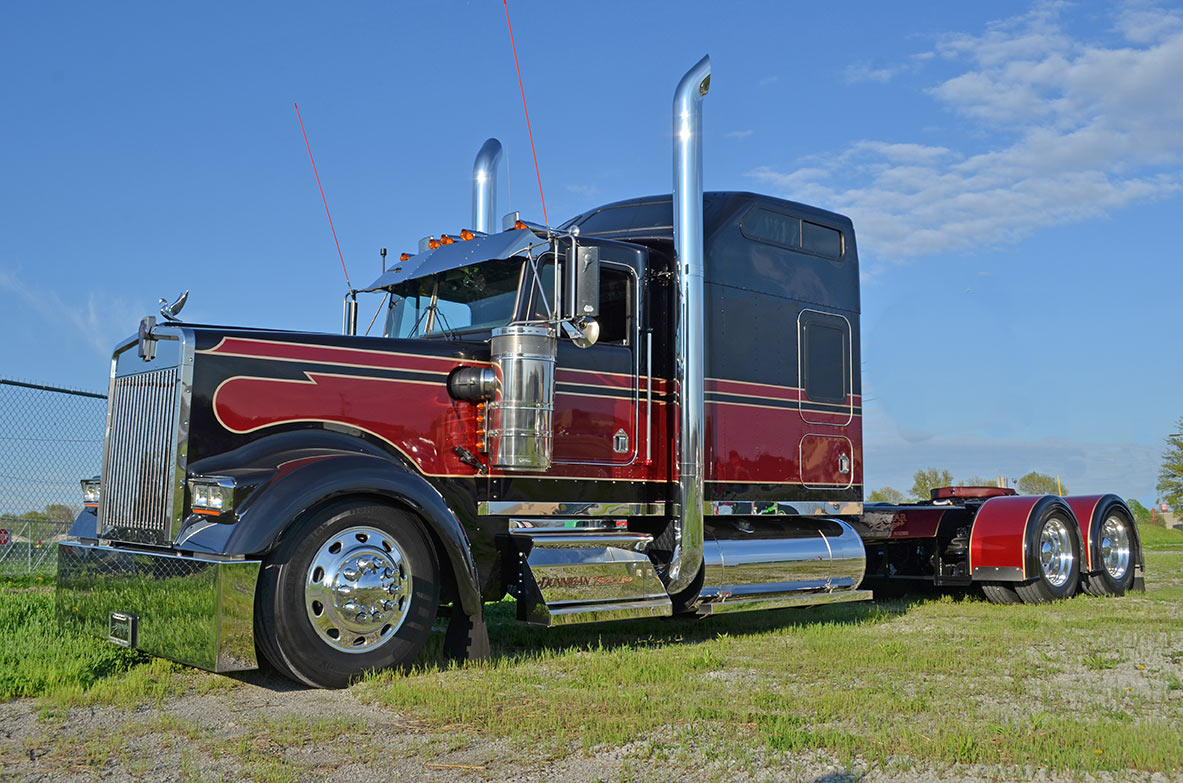 John Dunnigan, Jr, of Hillsboro, MO owns this clean KW. This 1994 Kenworth W900L has a classic style,but has many updated features, allowing John to be comfortable while on the road. 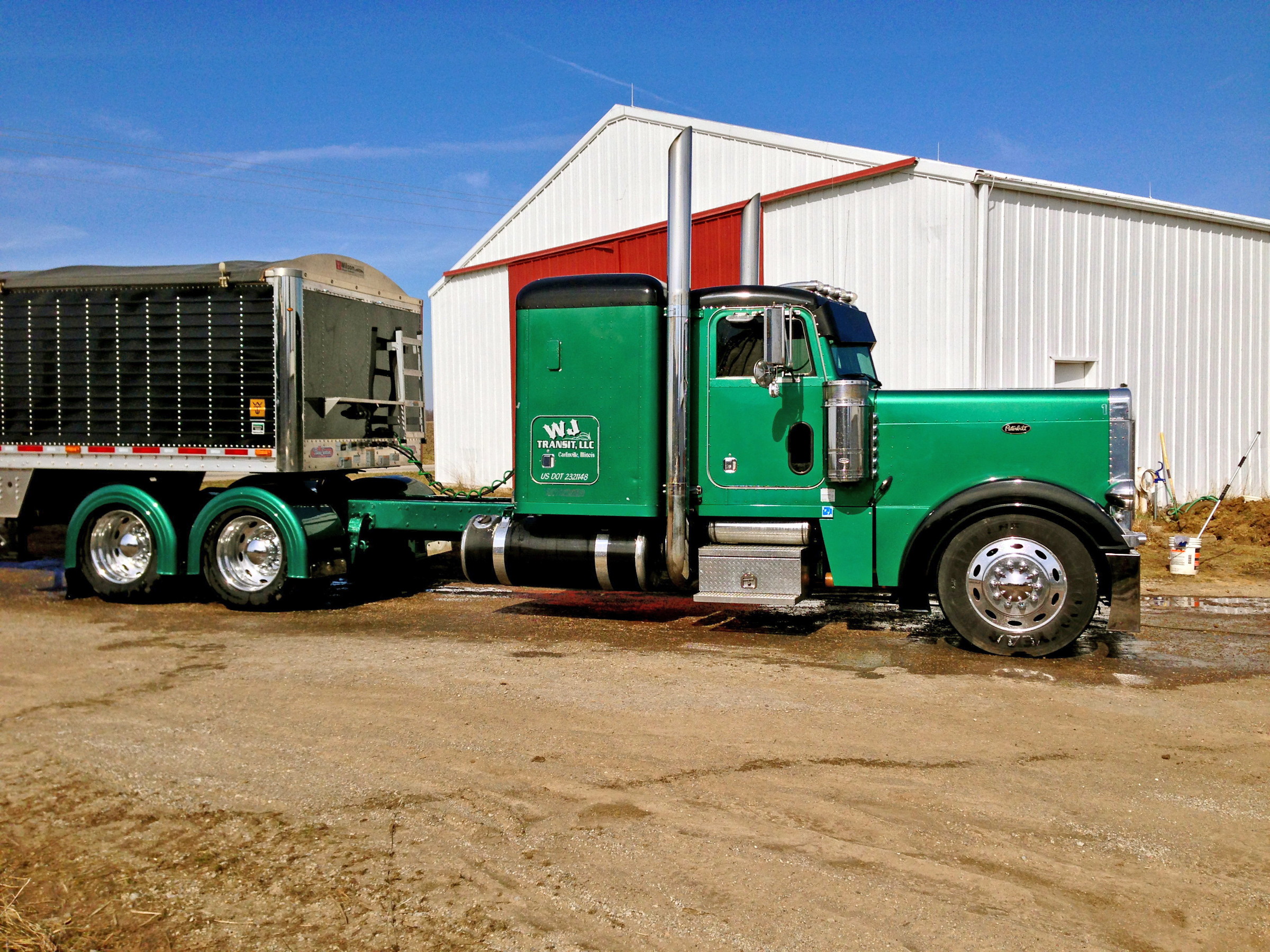 Derek Graham of Carlinville Il. owns this stunning 2000 Peterbilt 379 and 2012 Wilson hopper bottom. Power comes from a 600 Cat and it rides on a 270” wheelbase. Thanks for sharing Derek! 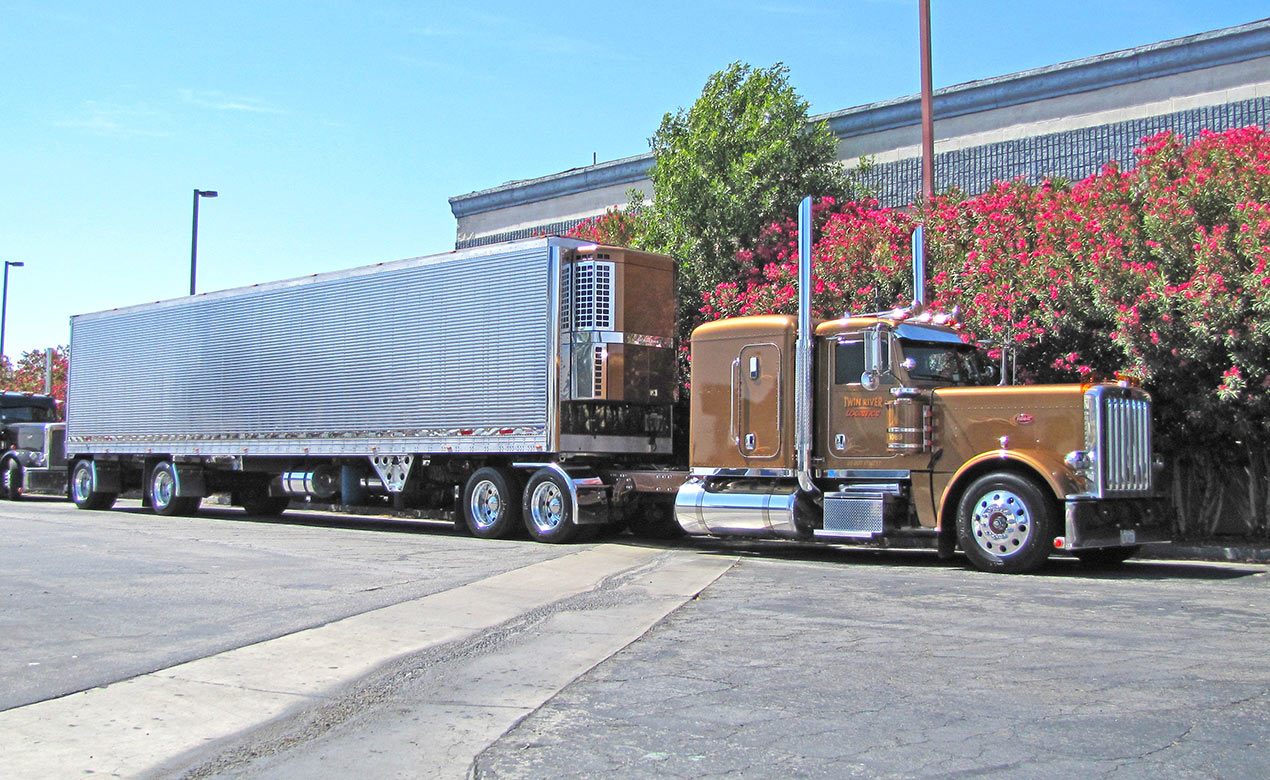 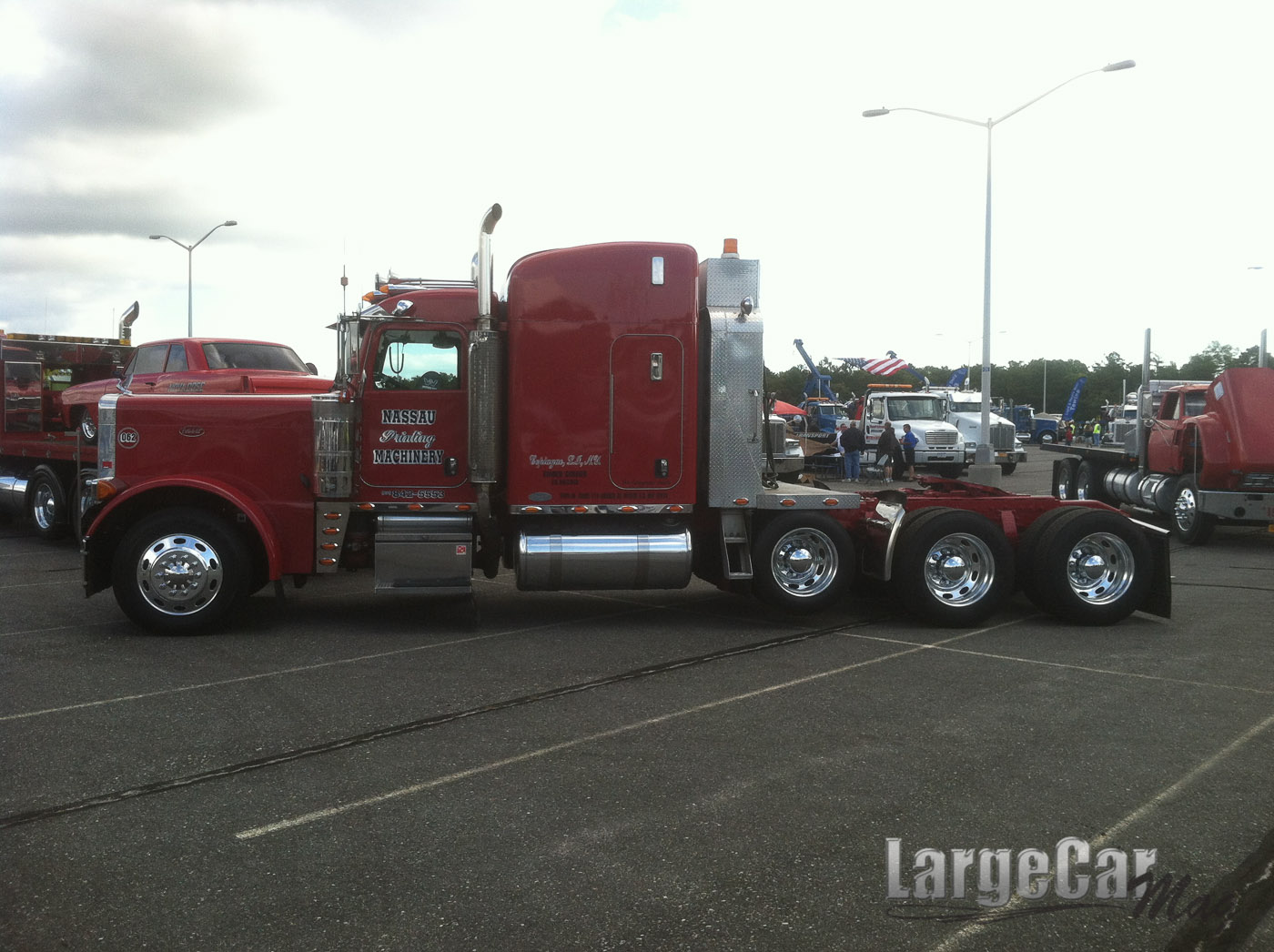 Patrick Moran got this great coverage for us of the 2012 Convoy Truck Parts Truck Show held on September 23rd. as you can see there were lots of big rides on hand. 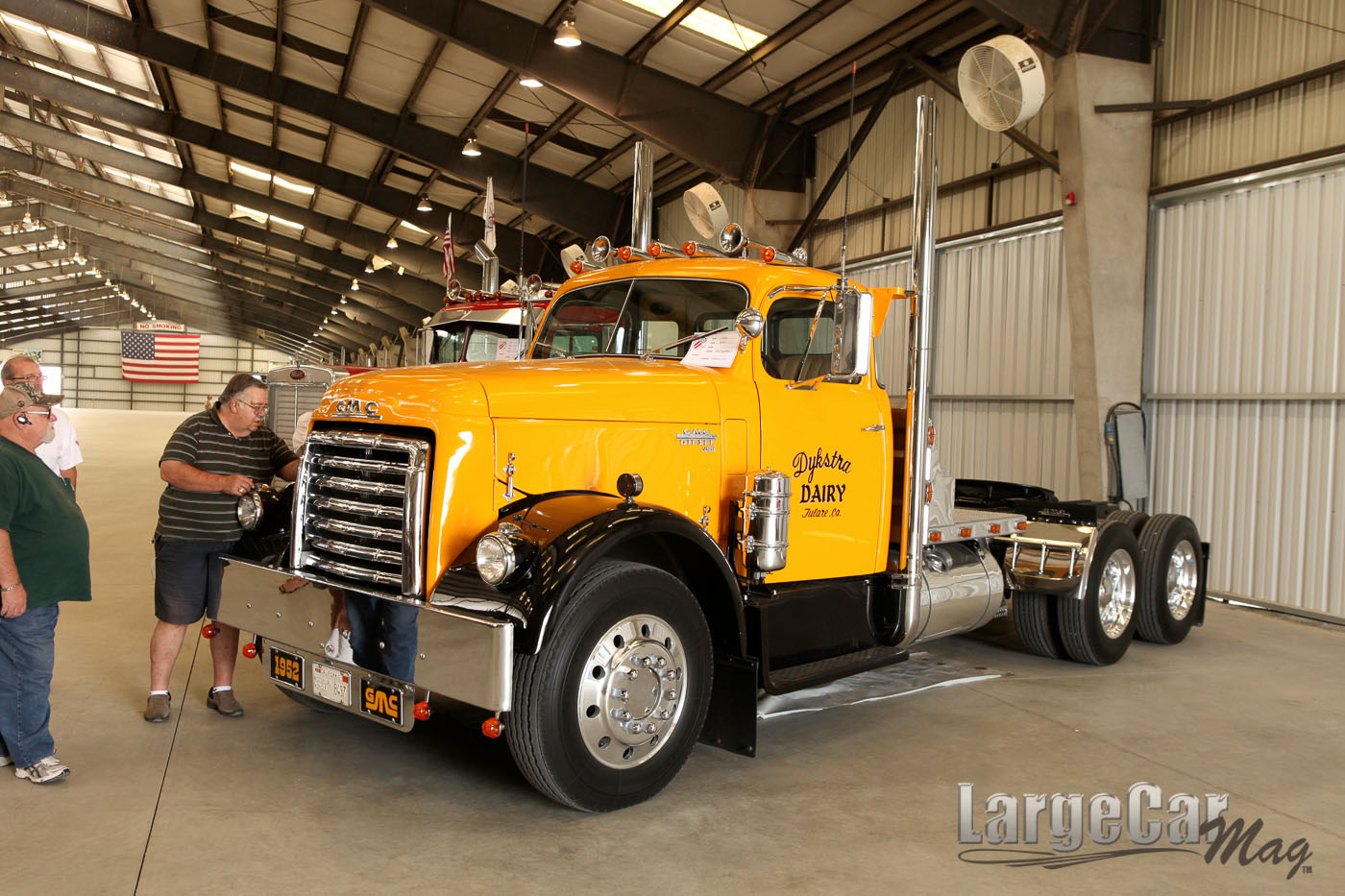 Roger Snider made the trek to the Ag Center in Tulare California for this show hosted by the local chapter of the ATHS on September 22. 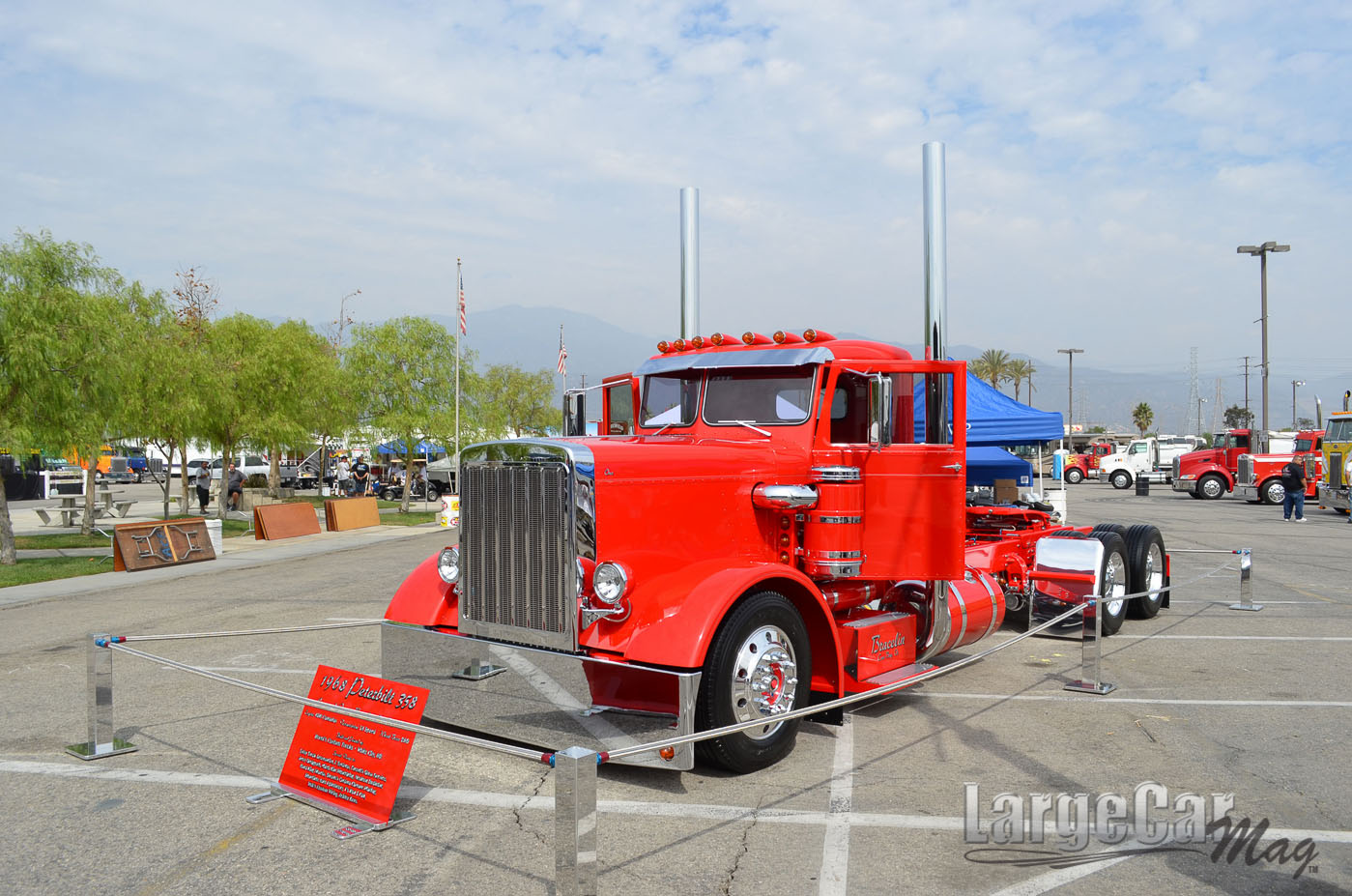 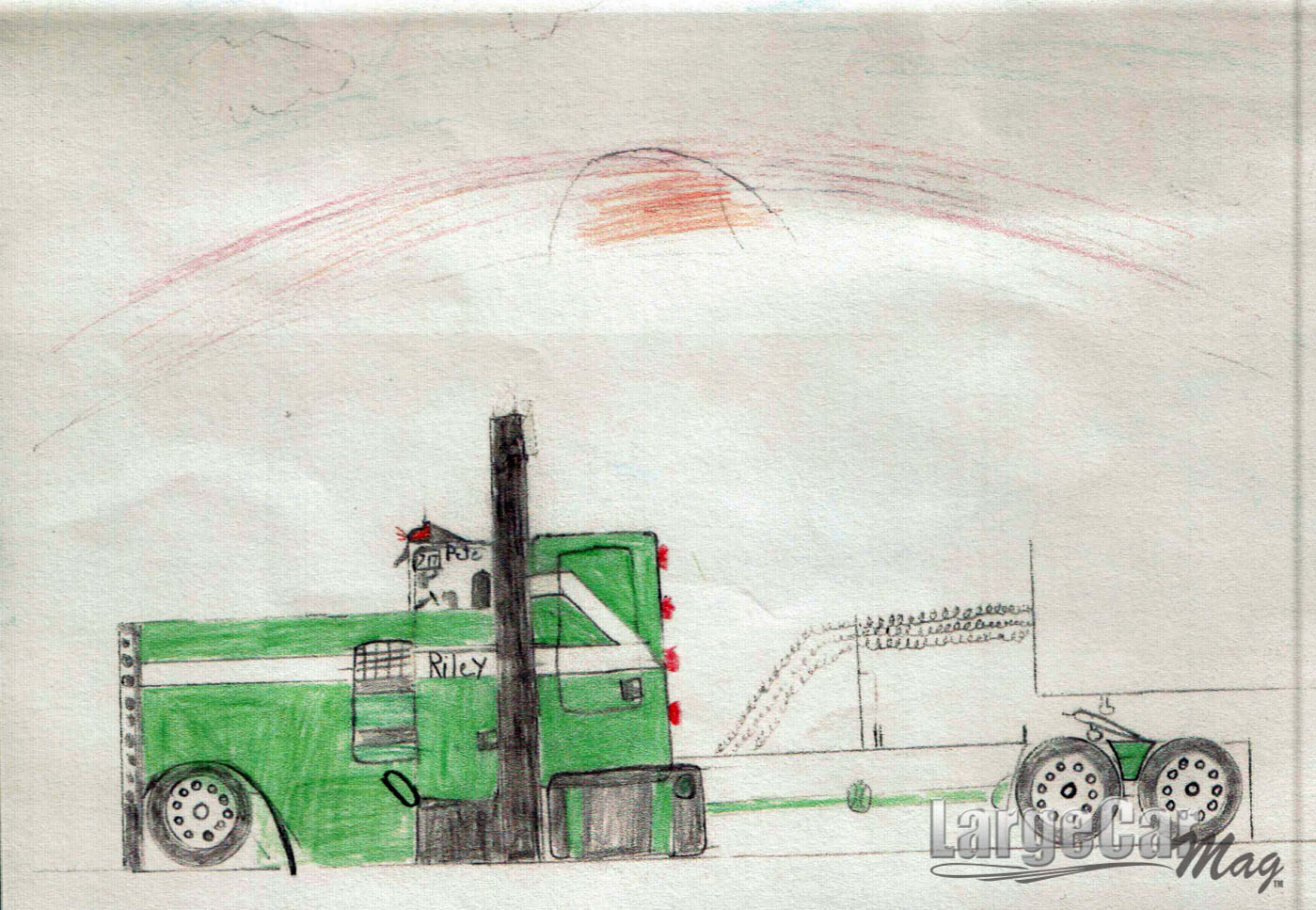 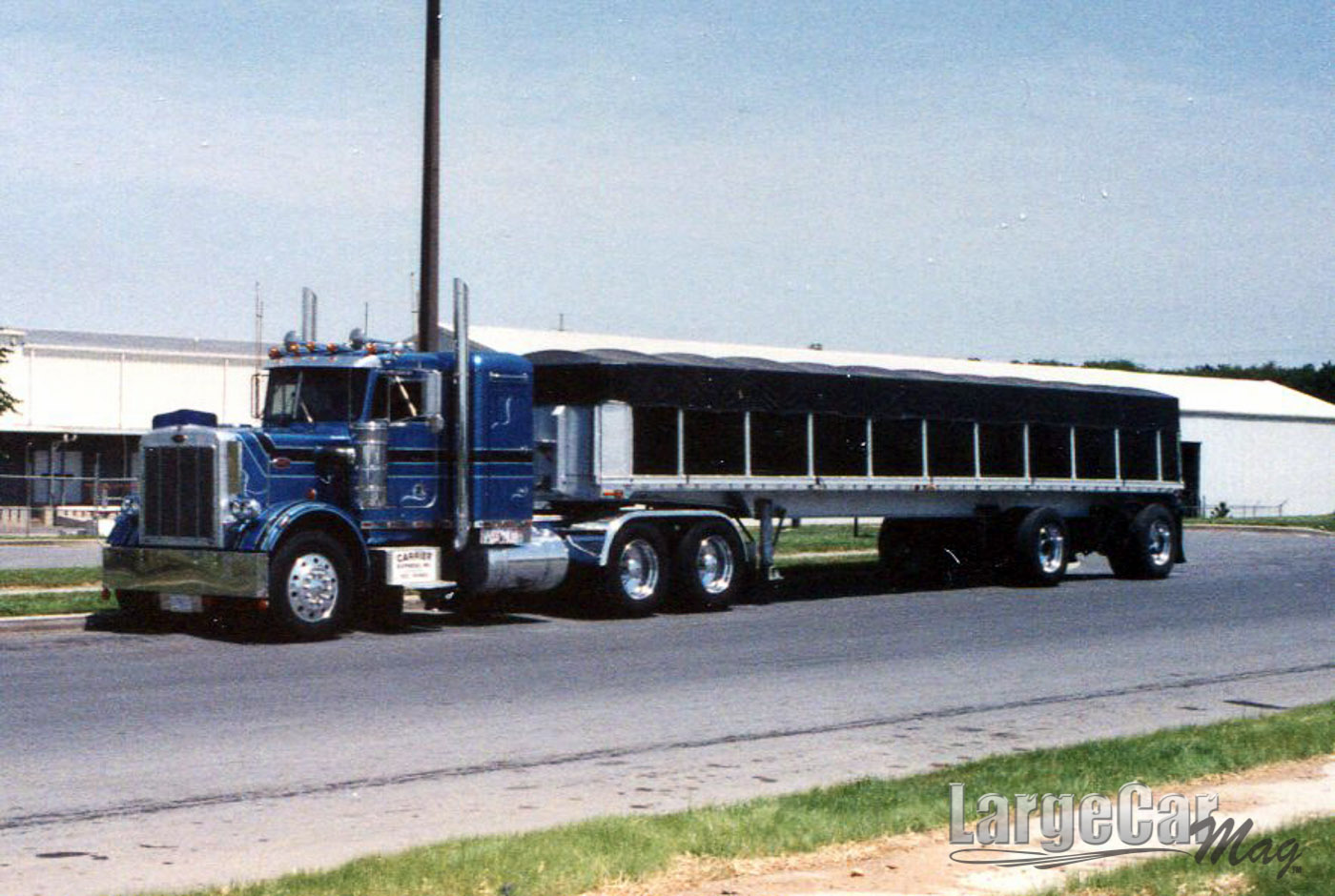 I caught this cool 359 in Frederick Maryland back in the early 90’s. 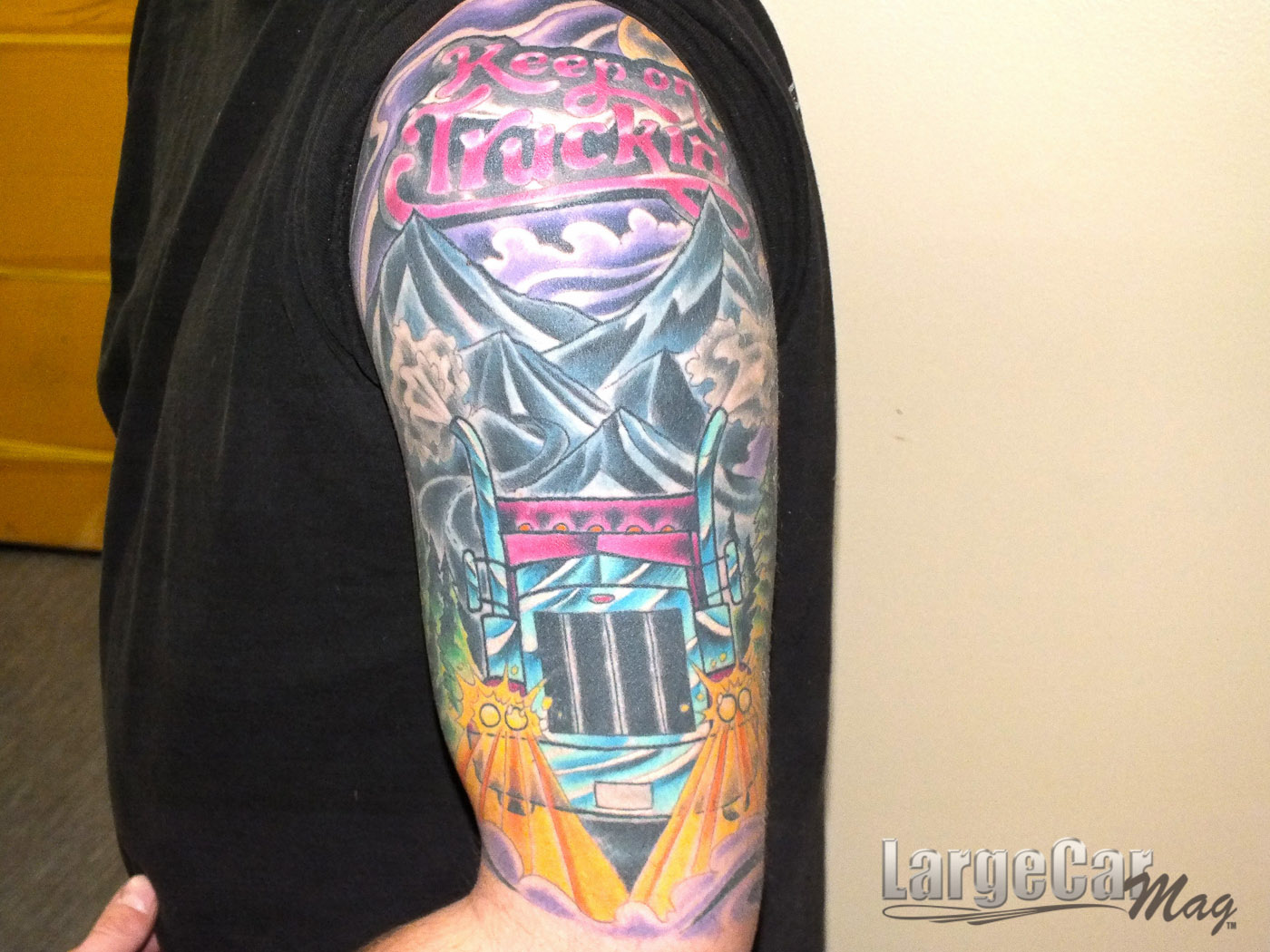 This issue’s doodle comes to us from Mike Pries of Winnipeg Canada.